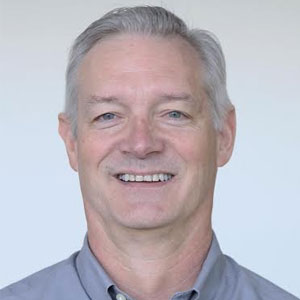 Imagine if networking had become “stuck” at 100 Mb/s for 10 years, and then became “unstuck” with 10 Gb/s networks. The equivalent has happened in storage, where HDDs, performance has been “stuck” for decades. And now, with SSDs, storage performance has become “un-stuck.” Without exaggeration, Enterprise/Data CenterSSDs are in the process of changing all the rules of storage.

In the past, with 15K and 10K rpm HDDs, the storage engineer estimated the expected total storage workload (in IOPs) and simply added up the number of HDDs needed to attain that IOP target; with some headroom for peaks and future growth. Typically this resulted in large numbers of HDDs; and too much capacity (GB of disk space). The norm was overdesign with unnecessarily large quantities of 15K or 10K drives which increased the cost of hardware, and increased the need for space and power to run that large a quantity of drives.

Now, with SSDs, Storage Engineers are able to easily size Primary storage on capacity; and are then delighted to see that delivered IOPs with SSD far exceeds what most applications need.

The storage world is changing rapidly. Solid state drives for the Enterprise have become mainstream

• SSDs are no longer prohibitively expensive. As I write this, 15K HDD price per GB is roughly equivalent to Enterprise SSD price per GB.

• SSDs are highly reliable. 15K RPM HDDs fail more frequently than SSDs. And equivalent systems designs require a higher quantity of HDDs as compared to a system with a lower quantity of SSDs. In addition, with a reduced number of devices, your SSD systems will deliver improved performance as well as significantly higher system reliability.

• With today’s advanced SSDs, your server or storage array is now capable of delivering 50x to 1000x more IOPs for a given total capacity. As a direct result, you can now afford additional business logic and be able to invest more into the business value of the data stored. 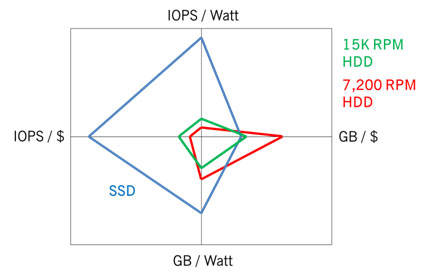 • NAND is not just getting cheaper, NAND is getting better.

3D NAND is the innovation that allows the industry to continue to improve power, performance, density, endurance and price. 3D NAND is like a high-rise building, and the alternative–planar NAND, is like a single-story shopping mall. 3D NAND is possible using an innovative silicon process that allows vertical layer-to-layer connections within the NAND.

With 3D NAND cells stacked vertically, there is more space between cells, resulting in less cell to cell interference. Vertically stacking means more data in a smaller area, better endurance, lower power, improved performance and lower cost of ownership at the same capacity compared to planar NAND. Right now, Samsung has fine-tuned our process and is mass-producing SSDs with its 3rd generation of 3D V-NAND .3D NAND means the SSD industry can build memory vertically with a long roadmap.

Everywhere you look, untold amounts of additional business data are appearing in the form of business-growth-opportunities as SSDs help to expand the uses of existing data and enable new uses for new data.

This “Primary” data holds high value and can be very time-sensitive. Examples include:

• Fraud analytics –such as used with credit cards, currency, and health business operations, is witnessing the expansion of complex fraud rules, processing within sub-second SLAs.

• Much more attention being paid to customer sentiment and customer retention

Recognize that the combination of advanced HW+SW is the future. Great software on non-optimal HW (HDDs) just will not yield outstanding results. And great HW running non-optimal SW will not yield viable results either. Some enterprise software is very SSD-friendly. Look for solution whitepapers that address engineered systems, for both the hardware and the software in question.

Advancing Customer Experience in an Ever- Evolving Hospitality Sector

Laying the Foundation of a Satisfying Commuter Experience